Captain EO: We are Here to Change the World 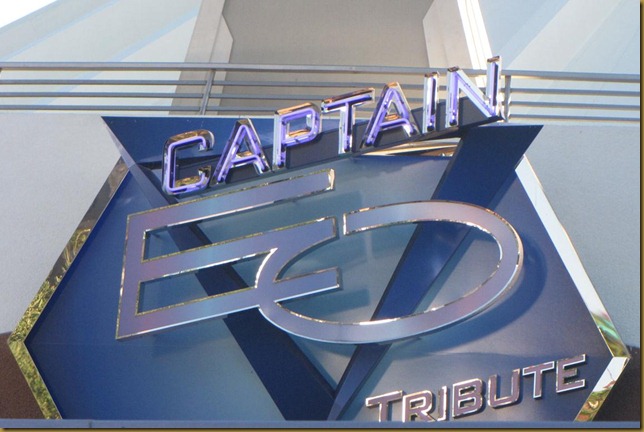 Captain EO is a very interesting attraction. It originally opened September 18,1986 in Tomorrowland at Disneyland (though it had opened six days earlier in the Imagination Pavilion at EPCOT Center in Walt Disney World). Starring Michael Jackson, Anjelica Huston, directed by Francis Ford Coppola, and executive produced by George Lucas, at the time this was one of the most expensive films ever made (when calculated by cost per minute) at over $1 million per minute. It also helped pioneer the “4D attraction”.

This had been one of the projects being considered when Michael Eisner became CEO of the Walt Disney Company along with Star Tours, Splash Mountain, and others. All three were green-lit for development, but Captain EO was given a higher priority because it could be made faster and would draw crowds and help revitalize Disneyland while the other two attractions were being built.

Captain EO closed in April of 1997, but was brought back in a “tribute” form in February of 2010 for a “limited time” (which continues as of this writing).

In my opinion, this is still a fun show, “80’s cheese” at it’s best. The songs are catchy, the effects are entertaining, and Fuzzball is one of the cutest characters ever. Even with the campiness of the show (and a theater that does the tapping to the music for you—if often out of time with the music), it’s an often-overlooked but fun attraction.

Of course, given that it’s being written about here, there has to be more to it, though, right? Of course there is. Have you ever listened to the lyrics to one of its main songs, We are Here to Change the World? I mean really listened? If not, check it out here, and then look at some of the lyrics:

Do those lyrics ring any bells? Aren’t we on a mission to change the world?

“All this is from God, who reconciled us to himself through Christ and gave us the ministry of reconciliation: that God was reconciling the world to himself in Christ, not counting men’s sins against them. And he has committed to us the message of reconciliation. We are therefore Christ’s ambassadors, as though God were making his appeal through us. We implore you on Christ’s behalf: Be reconciled to God.” (2 Cor. 5:18-20)

We are made in the image of God. We are His children. But many have turned away from Him, or don’t know who they are in Him. They are beautiful within, but are without a key to unlock it. We have been charged with the mission of bringing His light to this dark world. To bring the key that unlocks the beauty within people as they come into the light of His love and grace.
Question: How are you changing the world? What are you doing—or what can you do—to connect people to God and show them His love? Talk about it in the comments below, or on the Faith and the Magic Kingdom Facebook page.