Casey Jr. Circus Train: Is Thinking You Can Enough? 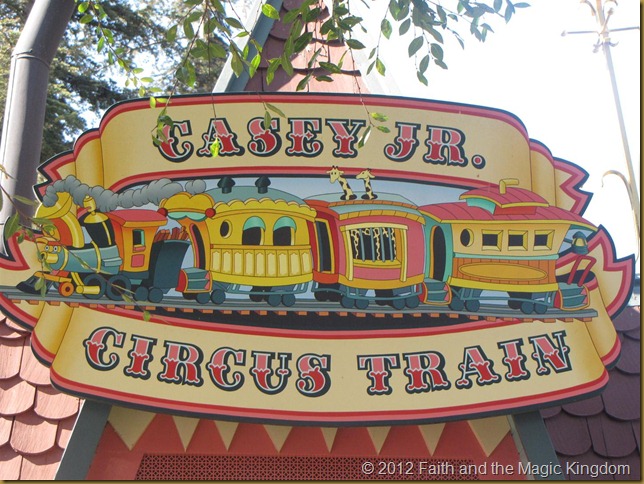 Casey Jr. Circus Train was almost an Opening Day attraction, but it didn’t quite make it. Originally it was going to be more of a roller coaster style attraction, but there were some safety concerns, so it was retooled  and actually debuted on July 31, 1955, two weeks after Disneyland opened.

At the time Casey Jr. premiered, there wasn’t much to see. Storybook Land was still the Canal Boats of the World, which is to say the banks of the canal were pretty much just dirt. Once that ride became Storybook Land, with all of it’s intricately detailed miniatures there was much more to see.

Casey Jr. has the distinction of being 1/2 of one of only two pairs of attractions that come from the same movie–excluding Storybook Land. (Dumbo and Casey Jr. both come from Dumbo. Can you guess the other pair?) It’s a fun, whimsical attraction that’s almost as enjoyable to watch as it is to ride. Who can argue with an attraction that has a passenger car with bars on it labeled “Monkeys”?

When I think of Casey Jr. Circus Train—both the attraction and the character in the movie, one phrase comes to mind right away: “I think I can, I think I can.”

I don’t think so. We can seem to accomplish a lot, but it takes more than just the positive attitude of Casey Jr. In fact, when I hear, “I think I can, I think I can”, my very next thought is the Shel Silverstein poem The Little Blue Engine. It goes like this:

He was almost there, when — CRASH! SMASH! BASH!
He slid down and mashed into engine hash
On the rocks below… which goes to show
If the track is tough and the hill is rough,
THINKING you can just ain’t enough!

Sometimes thinking you can just ain’t enough. Bad grammar aside, that’s the lesson of Scripture, too.

“Therefore, my dear friends, as you have always obeyed—not only in my presence, but now much more in my absence—continue to work out your salvation with fear and trembling, for it is God who works in you to will and to act according to his good purpose.” (Phil. 2:12-13)

“Remain in me, and I will remain in you. No branch can bear fruit by itself; it must remain in the vine. Neither can you bear fruit unless you remain in Me. I am the vine; you are the branches. If a man remains in me and I in him, he will bear much fruit; apart from Me you can do nothing.” (John 15:4-5) 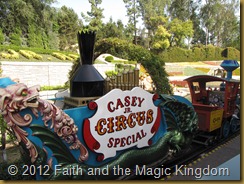 I have actually heard people say that in this last passage, “nothing” doesn’t really mean “nothing”. They downplay it. But the text seems pretty clear to me (even when I went back to the Greek). The good news is, there is an implied promise as we look at the rest of John 15 and the other passages I quoted (along with others). Without Him we can do nothing, but we have the promise of His presence, and because of that we can “bear much fruit.”

Sometimes thinking we can just isn’t enough. Those times are much-needed reminders of our dependence on Him—and of His promise to be with us as we “abide in Him”, or remain in Him. The closer we are to Him, the more fruit we can bear and the stronger we are—with His strength, the strength that comes from the Vine, not what little we can squeeze out as branches until we wither away.

Only in Him does “I think I can” mean anything. “I think I can…I know I can…as Christ gives me strength to do His will.”
Question: When have you had to rely on God’s strength, when “I think I can” just wasn’t enough? Talk about it in the comments below, or on our Facebook page.