The Entrance Plaza: Is Narrow and Exclusive Wrong? 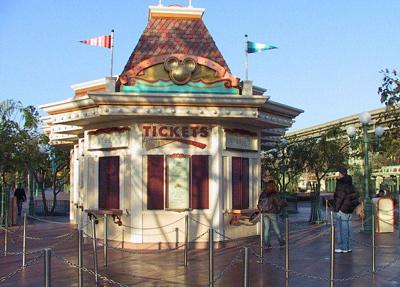 Before we can explore the Happiest Place on Earth , we have to get in. Right? And how do you get in? You buy a ticket. Ah, if only it was that simple.

One day? Two day? Park hopper or not? Annual pass? Which one?

There are so many choices. But there is a restriction. Only a ticket to Disneyland will gain you admission to Disneyland.Seems obvious, doesn’t it?

You can’t use a ticket for Knott’s. Or Magic Mountain. Or even for the LA Philharmonic at the Walt Disney Concert Hall. That one’s close, but it still won’t work. That makes perfect sense. So why do people have trouble when it comes to something much more important than Disneyland: Heaven?

If you got upset that a Disneyland entrance cast member wouldn’t let you in with a Knott’s ticket, you’d get laughed at. But when Jesus says, “I am the way and the truth and the life. No one comes to the Father except through me,” (John 14:6), people accuse Him—an us—of being arrogant and intolerant.

Just because something is narrow and exclusive doesn’t automatically make it wrong. Life is full of things that are narrow and yet still true. For example, we want the airplane pilot to land on the runway, not the highway; to land right-side up, not upside down. Truth is always exclusive of error.Two plus two equals four is very narrow, but it is still right.

Christianity isn’t the only religion that makes exclusive claims. Judaism and Islam, among other religions, also make exclusive claims. Not all religions can be true because they disagree with each other on major issues, such as how to be saved. 2 + 2 cannot equal both 4 and 5.

For example, Christianity says that salvation is a free gift from God. Every other religion that I’m familiar with says that we must earn it. How can salvation be free and have to be earned at the same time? 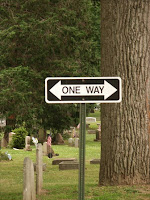 There is a school of thinking which goes something like this: “It doesn’t matter what you believe, as long as you are sincere”. But sincerity can’t determine whether something is true. It is possible to be sincerely wrong, because faith is only as good as its object. Simply believing something can’t make it true. We believe something because it is true, not to make it true.

Let’s say that I put all of my trust into a potted plant to teach me calculus. Will I learn calculus from this plant? No, because it is the wrong object.

In the same way, a person cannot get to heaven by trusting in religion or good works, because that is trusting in the wrong object—these things cannot pay the penalty for our sin. Only Jesus can.

It takes more than “sincerely” to make something true. Faith in a lie has serious consequences.It does matter what you believe. If you want to drive from New York to Seattle, no amount of sincerity will get you there if the road you take leads to Orlando. Truth is vitally important.

Is refusing to call a belief false always the right thing to do? For instance, is it right to say that racism and Nazism are simply alternate belief systems that we shouldn’t pass judgment on, or should we condemn these beliefs as being morally wrong? If someone believes they have the right to rob or kill whomever they please, should we accept their beliefs as an alternate lifestyle, or denounce them? 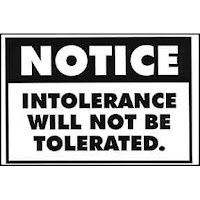 Tolerance is admirable in many circumstances, but tolerating wrong by refusing to say it’s wrong is in itself wrong.If Christianity is true, then there is only one God and salvation comes only through Him, and religions that deny this aren’t just alternate forms of spiritual expression; they prevent their adherents from obtaining salvation.

The writer Philip K. Dick said, “Reality is that which, when you stop believing in it, doesn’t go away.” Denying reality isn’t tolerant.

If Jesus Christ is the only way to God, then to claim that He’s not is both false and dangerous. If someone has a fatal disease, telling them that they don’t need to seek medical treatment is wrong. If someone can only have salvation by accepting Christ as their Savior, telling them they don’t need to accept Christ is even more wrong, no matter how tolerant or well-meaning it may seem to be.

The Walt Disney Company owns Disneyland. Walt himself created it.They can set whatever conditions on admission they want to, because it’s theirs.

God created everything, including heaven.He has provided the way to be redeemed and have eternal life. And He can set whatever conditions on that He wants to. Part of the conditions He’s set—and there really isn’t much—is that Jesus is the only way. The Bible says it. Jesus declared it to be so. And there are very good reasons to believe Jesus is telling the truth—that He is the truth.

Of course, if it’s not true, if there really is more than one way to God, then this whole thing is a sham. Either it’s the only way because Jesus was telling the truth, or it’s not a way at all because the whole thing is made up.If Jesus said He’s the Son of God and the only way to be saved and He’s not, then this whole Christianity thing is futile. It can’t be just one of many ways. 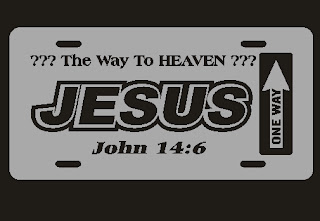 There is one way, whether it agrees with our sensibilities and what we want to be true or not.


Agree? Disagree? Let’s talk about it in the Comments.