The Griffith Park Bench: Salvation, an Event…and a Process 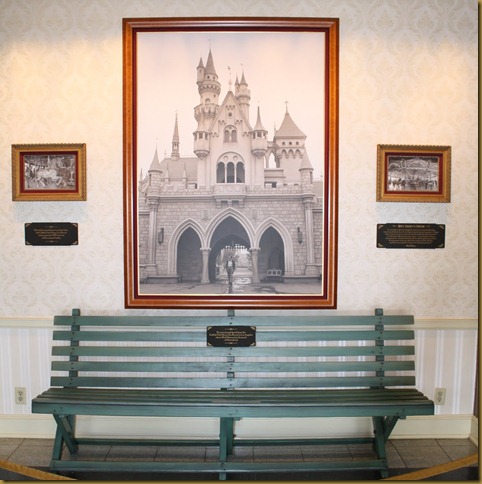 In the Main Street Opera House, just inside the doors, sits this bench. It is the very bench that Walt Disney referred to when he said,

“Well, it [Disneyland] came about when my daughters were very young and I … Saturday … was always Daddy’s day with the two daughters.  So we’d start out and try to go someplace, you know, different things, and I’d take them to the merry-go-round and I took them different places and as I’d sit while they rode the merry-go-round and did all these things … sit on a bench, you know, eating peanuts…. I felt that there should be something built … some kind of amusement enterprise built … where the parents and the children could have fun together. So that’s how Disneyland started.  Well, it took many years … it was a … oh, a period of maybe 15 years developing.  I started with many ideas, threw them away, started all over again.  And eventually, it evolved into what you see today at Disneyland.  But it all started from a daddy with two daughters wondering where he could take them where he could have a little fun with them too.”

Now, there are some who doubt that this is the whole story, and probably with good reason. Walt was a master storyteller, and sometimes he didn’t let the mundane facts get in the way of a good story. Still, it’s pretty safe to assume that—while there were many events and experiences both before and after this day that led to Disneyland—this was a significant milestone in the development of the concept.

There was a process to the conception, construction, and completion of Disneyland, with significant milestones along the way. But there was a point where the idea for Disneyland did not exist in any form…and then it did.

Our salvation is the same way. There was a moment when we were not saved, and then the next moment we were. Exactly when that moment is may be the subject of at least as much debate as when Walt really first dreamt up the idea for Disneyland. Nevertheless, the Bible says,

“But because of His great love for us, God, Who is rich in mercy, made us alive with Christ even when we were dead in transgressions—it is by grace you have been saved.” (Ephesians 2:4-5)

At the same time, though, salvation it is more than a singular event, it is a process.

“For the message of the cross is foolishness to those who are perishing, but to us who are being saved it is the power of God.” (Ephesians 1:18)

We have been saved and we are being saved. The theological term for the former is “justification”, and for the latter, “sanctification”.

Justification means that your eternal destiny has changed. Sanctification means God is working in you to move you along the path towards that destiny. Neither are from you alone. Justification is a gift, and sanctification is God working in you and through you to conform you to the likeness of His Son. And yet, you accept the gift of salvation, and you “work out your salvation”, through His power and for His purpose and pleasure.

“Therefore, my dear friends, as you have always obeyed—not only in my presence, but now much more in my absence—continue to work out your salvation with fear and trembling, for it is God Who works in you to will and to act according to His good purpose.” (Philippians 2:12-13) 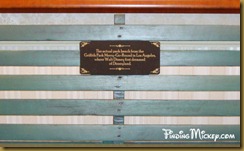 As he told the story, Walt sat on a park bench and imagined a place where parents and children could have fun together. But it took years of development to actually create it, and even then, he said that “Disneyland will never be completed.” True to his word, even today there are changes, improvements, and even expansions at Disneyland—now the Disneyland Resort.

You are not what you will be, but you’re not what you once were! You have been saved, and you are being saved. Through your life, you will continue to grow, to learn, and to experience His grace in new and fresh ways as you follow Him.

“…being confident of this, that He who began a good work in you will carry it on to completion until the day of Christ Jesus.” (Philippians 1:6)

Question: Does it encourage you to know that you are still being saved, as well as having been saved? Talk about it in the comments below, or on our Facebook page.