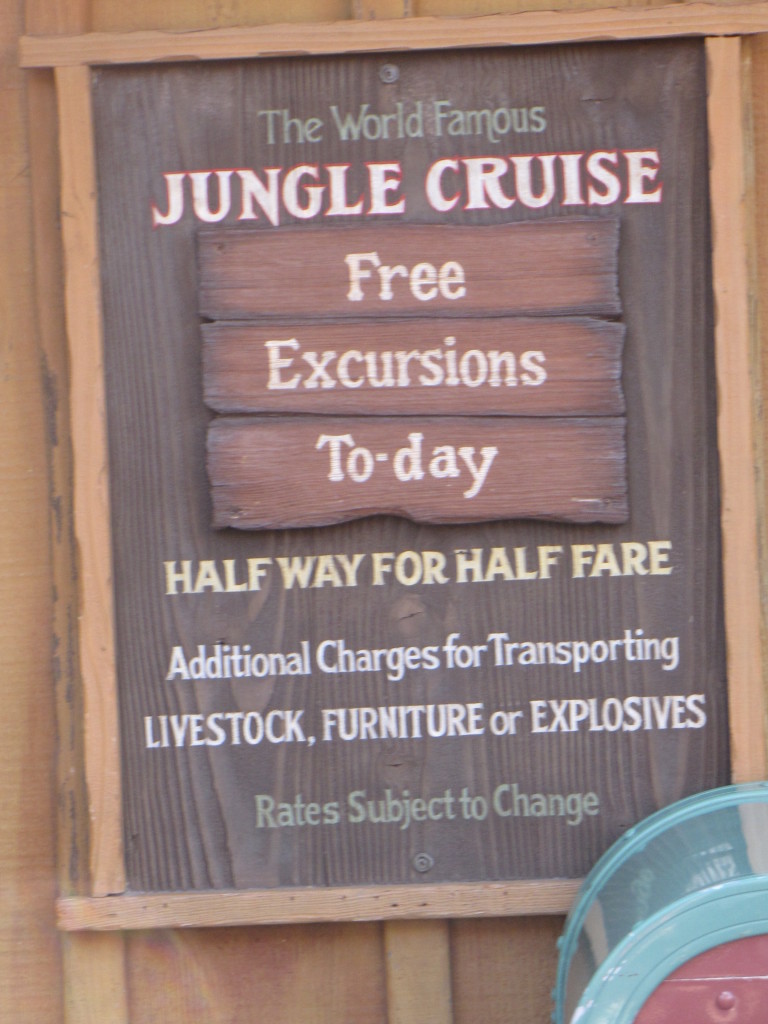 As I’ve written about before for the Jungle Cruise, The land was originally supposed to have real animals from Africa to inhabit a jungle river, but after zoologists told Walt the real animals would lay around, sleep, or hide, the Imagineers built Animatronic animals instead.

While it would have been fun to see real animals along the banks of the river, and Walt’s original plan became a reality with Disney’s Animal Kingdom (especially on Kilimanjaro Safari), it simply wouldn’t have worked. He recognized that, and decided that the guest experience was more important than that detail of his concept. Animals hiding or sleeping wouldn’t have  provided much fun or entertainment.

He had a certain environment he wanted to create for Guests, and the only way to do that was to be intentional, making sure Guests were in situations and settings that would result in the desired outcome.

There are many things we want to characterize our life of faith. Authentic worship. True community. Connection to God. Spiritual growth. These don’t happen by accident as we just wander through life. Like the animals that would have been hiding or sleeping, these areas of our lives of faith can often be out of sight or dormant, simply because we haven’t taken steps to intentionally create environments where they will happen.

In her book Spiritual Parenting, Michelle Anthony talks about 10 environments that parents can and need to create for their children so the children will grow up not just following rules–or rebelling against them–but actually developing their own faith and walk with Christ. As the book’s description says, “It’s hard enough to train kids to behave, but good behavior isn’t what Jesus calls for in the Bible. He wants hearts and souls that are shaped in vibrant faith and love toward God and others.”

These environments aren’t just necessary for children, though. We all need them, and they don’t just happen. They must be created, nurtured, and focused on. The environments she describes are:

Creating these environments creates “moments” for growth, community, worship, etc. All the things that we look at ourselves and say, “I wish I was more like Jesus in this way,” can be developed through the prayerful and diligent tending of these environments. They don’t come from mistake or happenstance.  They come from choice and acting on those choices.

Without the animatronic animals, the Jungle Cruise would be so much less of a ride than it could be–there’d be hardly anything to it at all, really. Without these environments, the same can be said of your walk with Christ. It’s there, but you’re missing out on so much!

Kingdom Thinking: Just based on the names of these 10 environments (unless you’ve read the book and know more about them), which of them do you most need to focus on creating in your life today?

* Note: Links in this post to Amazon are affiliate links.