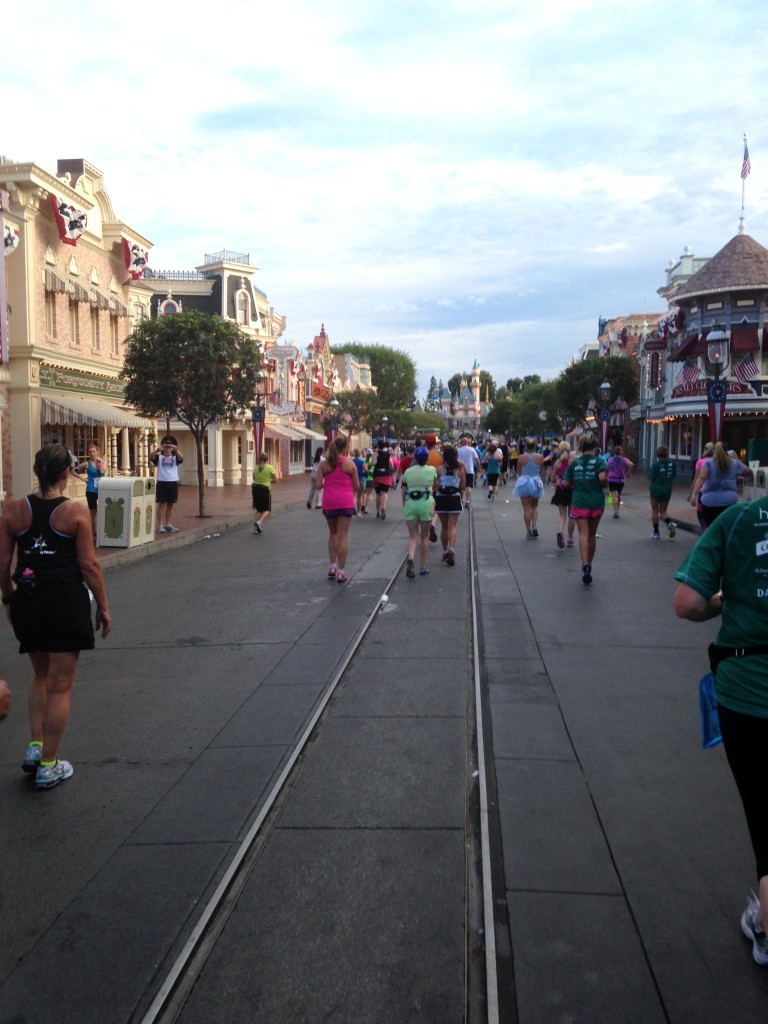 Sometimes to accomplish a goal we have do things that, while not contrary to our values, aren’t exactly our first choice or our ideal. That was certainly true of Walt Disney.

Developing and building Disneyland was an expensive endeavor. Even though he leveraged every asset his company and his family had, it was going to take more than that to make this dream a reality. Some of that additional financing came from a bank loan, and some came from a television deal with the ABC network. That still wouldn’t be enough to open and operate The Happiest Place on Earth, though.

Walt’s solution was corporate sponsorships. He sought out corporations to have locations inside the park, and the sponsorship fee helped him cover opening and operations. They were throughout the park, but perhaps the greatest concentration was on Main Street U.S.A.

Some of those partnerships were very long-lasting (Kodak was a sponsor from Opening Day through most of the next 50 years, for example). Some, however, were quite-short lived, mercifully so. For example, at Opening Day, a visitor could see, and shop in…

Ideally, Walt would have liked to have complete control over what was on Main Street U.S.A. and how it was run, but he had to make some temporary concessions. He bought them out as quickly as he could, though, either eliminating them from the park or changing the agreements so he had the level of control he wanted.

In part because of this short-term solution, Main Street has had some of the most significant changes of any land, but most of them are rarely noticed by guests. Some of this is because nearly all of the changes are inside shops, so unless they go in the only clue most visitors have is the sign out front. The other reason, though, is that the changes are gradual.

Fantasyland can be clearly divided into “original” and “new” based on the 1983 rehab. Tomorrowland had “original,” “new” in 1967, and another “new” in 1998. Frontierland had similar demarcations. Main Street is one of the few to have been done in bits here and there.

Relationships can be that way. Some relationships are meant to be short-term. Some last longer. Some are just what we need at the time and serve a very specific purpose. Some are meant to be life-long. Sometimes there is a clearly identifiable break. Sometimes it just fades away. Some come into our lives, leave for a reason, and then return later. (Kodak’s sponsorship was that way on Main Street.)

Knowing that is nice, but it doesn’t really make it easier. The severing of relationships, even out of necessity, can be quite painful. And sometimes it is unavoidable. Seasons of life change. People change.

In most cases, the ending of a relationship is painful, whether it’s done intentionally through a conversation, or if you wake up one day and realize you haven’t talked to someone you cared about for years. It’s often sad. The Psalmist knew what it is like to have a wound like this. In writing about the promised return of Israel to their home, the restoration of the community, he said,

“The Lord builds up Jerusalem;
He gathers the exiles of Israel.
He heals the brokenhearted
and binds up their wounds.”

He restores relationships when they can be restored. He creates community. He ministers to you in your soul (if you let Him) to bind up your broken heart. And He knows what it’s like. “For we do not have a high priest who is unable to empathize with our weaknesses, but we have One who has been tempted in every way, just as we are—yet He did not sin.” (Hebrews 4:15)

This is an unavoidable fact of life. There are no easy answers for easing the pain of a broken and lost relationship—only prayers that if it is the Lord’s will it might one day be restored. And there is the promise of eternity where we will forever live in perfect unity—and community—just as it was always intended.

Question: Have you had to end a relationship, or had it ended for you? Was it easy or difficult for you? Can you take comfort that God heals your brokenheartedness? Talk about it in the comments below, or on our Facebook page.