Main Street Windows: Who are You Thankful For? (2013 Edition)

Today’s post is sort of a repost of my very first Thanksgiving post. Not entirely, though. If you’re relatively new to the blog, I want you to get the same context as the original, but my list of who I’m thankful for has been updated over time, and I’d like to share this new list with you as part of today’s post. I hope it gets you thinking more deeply about who you’re thankful for…and why. 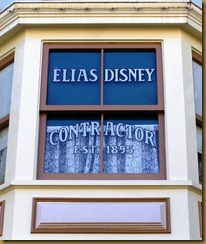 When you enter Disneyland, once you pass through the archway and enter Main Street, what’s the first thing you do? Make a mad dash for Space Mountain or Indiana Jones? Head up to the train station to start your day with a “grand circle tour”? Get dragged to Fantasyland by your kids as fast as their little legs will take them? Stroll down Main Street U. S. A. and observe the second-floor windows?

Wait…stroll down Main Street and observe the second-floor windows? Who does that, and why in the world would they waste their time like that? Well, the who would be “not very many people”, and the why would be the starting point for today’s blog entry. These windows are a tradition started by Walt Disney himself. In the Introduction of the excellent book Windows on Main Street by Chuck Snyder, he says,

This book is about the men and women whose creative vision, tireless efforts, “can-do” attitudes, teamwork, and ability to dream have brought a smile to the face of anyone who has visited a Disney Park. The ultimate honor for these Cast Members, as employees are known, is to have their names emblazoned on a window in the Main Street U.S.A. area. To the typical park Guest, these names appear to be the calling cards of make-believe shopkeepers. In reality, the names belong to the “all-stars” of the parks’ histories. As one walks around the Main Street U.S.A. area, these names are the opening credits to a show like no other. 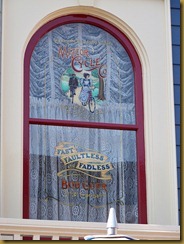 In the Foreword to the same book, Executive V.P. and Imagineering Ambassador Marty Sklar says, “This tradition was established by Walt Disney for Disneyland Park. He personally selected the names that would be revealed on the Main Street windows on Opening Day, July 17, 1955.” Walt knew that, forasmuch as this was his dream, his vision, he couldn’t have done it by himself. He wasn’t one to give compliments or express gratitude very often—especially not directly.

And so, the windows on Main Street are Walt’s tribute, his special “thank you” to those men and women who helped make the dream a reality, starting with his father, Elias, whose window is shown at the top of this post. It’s a tradition that continues to this day. In the United States today is Thanksgiving Day. A time for watching football, eating too much, and getting ready for Black Friday shopping reflecting on the gifts we’ve been given, the people in our lives who mean so much to us, and all the rest that we have to be thankful for. And yet, how often do we spend more than a few minutes—if any time at all—actually reflecting and expressing our thanks? 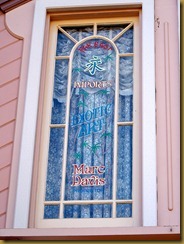 The Apostle Paul did that. In Philippians 1, he tells the recipients of his letter, “I thank my God every time I remember you. In all my prayers for all of you, I always pray with joy because of your partnership in the gospel from the first day until now…”. He expresses his gratitude for people again in Acts 28:15, Romans 1:8, 1 Corinthians 1:4, Ephesians 1:15-16, and so on. He repeatedly emphasized the importance of giving thanks, and not just when things were going well. In fact, as I read through the Bible, the importance and value of thankfulness is clear. 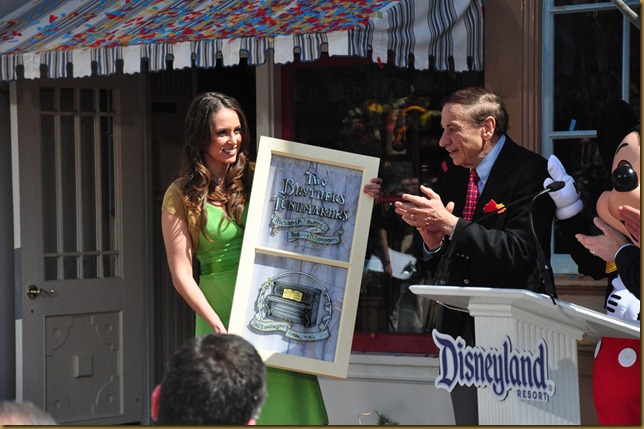 No matter how good or bad things are, there’s always someone and something to be thankful for—most especially God Himself and our Lord Jesus Christ, but don’t stop there!

(Oh, and in case you’re wondering, Walt Disney has a window of his own, but it’s not on Main Street. Do you know where it is?)