Meeting Characters: Stepping into the Story 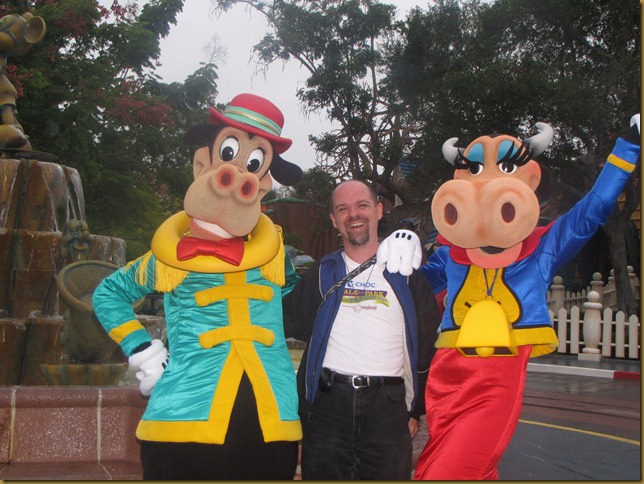 One of the biggest draws to Disneyland is to meet the characters. It may not mean much to some adults, but there are a lot of kids that can’t wait to go to Disneyland not for the rides, but to “meet Mickey Mouse!” One of the reasons the Give Kids the World Village was established in Central Florida was because of the high percentage of Wish Kids whose wish is exactly that.

You can meet characters all over the parks, but some of the best encounters come when you meet them in their unique environments—like when I met Horace Horsecollar and Clarabell Cow in Toontown )(above). You get to step into their world and meet them in their own story. Pixie Hollow is a great example of the popularity of doing that.

There’s something special about becoming part of someone’s story. At Christmas, we remember when God did that for us, and then took it even farther.

John 1:14 says, “The Word became flesh and made his dwelling among us. We have seen his glory, the glory of the One and Only, who came from the Father, full of grace and truth.” The word translated “made his dwelling” literally means “to pitch a tent”. John used it to remind his readers of God dwelling among them in the Tabernacle while they wandered in the wilderness. 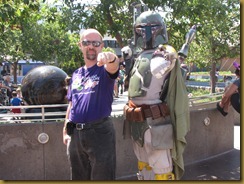 In the Incarnation, when God Himself in the person of Jesus physically stepped into history and became a man, He entered our story. The miracle of Christmas is that The Word became flesh. “For what the law was powerless to do in that it was weakened by the sinful nature, God did by sending his own Son in the likeness of sinful man to be a sin offering.” (Rom. 8:2)

What makes Christmas even more significant, though, is that He became like us so that we could become like Him. He didn’t just enter our story, He elevated our stories by inviting us into His own. He stepped down into history to build a bridge that brings us back into a relationship with God!

Consider these as “unusual Christmas passages”:

Your attitude should be the same as that of Christ Jesus:
Who, being in very nature God,
did not consider equality with God something to be grasped,
but made himself nothing,
taking the very nature of a servant,
being made in human likeness. And being found in appearance as a man,
he humbled himself
and became obedient to death—
even death on a cross! Therefore God exalted him to the highest place
and gave him the name that is above every name, that at the name of Jesus every knee should bow,
in heaven and on earth and under the earth,
and every tongue confess that Jesus Christ is Lord,
to the glory of God the Father.
~ Phil 2:5-11 (NIV)

In bringing many sons to glory, it was fitting that God, for whom and through whom everything exists, should make the author of their salvation perfect through suffering. Both the one who makes men holy and those who are made holy are of the same family. So Jesus is not ashamed to call them brothers. He says,
“I will declare your name to my brothers;
in the presence of the congregation I will sing your praises.”
And again,
“I will put my trust in him.”
And again he says,
“Here am I, and the children God has given me.”
Since the children have flesh and blood, he too shared in their humanity so that by his death he might destroy him who holds the power of death—that is, the devil— and free those who all their lives were held in slavery by their fear of death. For surely it is not angels he helps, but Abraham’s descendants. For this reason he had to be made like his brothers in every way, in order that he might become a merciful and faithful high priest in service to God, and that he might make atonement forthe sins of the people. Because he himself suffered when he was tempted, he is able to help those who are being tempted.
~ Hebrews 2:10-18 (NIV)

By the way, the same word used in John 1:14 is used again in Rev. 21:3 – “And I heard a loud voice from the throne saying, ‘Now the dwelling of God is with men, and he will live with them. They will be his people, and God himself will be with them and be their God.’”

Question: How have you seen God “step into your story” and elevate it to show you how it fits into His story? Talk about it in the comments below or on our Facebook page.