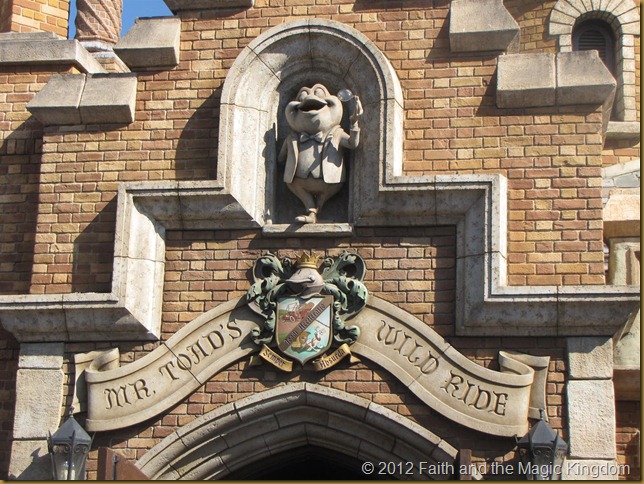 As with the rest of Fantasyland’s dark rides, Mr. Toad was based on an animated feature, in this case, The Wind in the Willows segment of The Adventures of Ichabod and Mr. Toad (Ichabod Crane gets his story represented in Liberty Square and the Halloween parade in the Magic Kingdom at Walt Disney World), released in 1949, and the last of the “package films”.

In it, Basil Rathbone narrates the story of J. Thaddeus Toad, Esq., (“Mr. Toad”), the happy-go-lucky, wealthy owner of Toad Hall. Mr. Toad believed in fun, adventure and traveling to “Nowhere in Particular”. He had a fascination with fads and manias, and chased one after the other, and of course, that lands him in trouble. 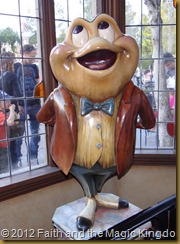 I won’t spoil the rest of the story for you…yet. There will likely be future posts about it here which will talk about other parts of the story, and meanwhile I recommend adding it to your DVD collection. For now, let’s focus on that initial description of Mr. Toad.

Large crowds were traveling with Jesus, and turning to them he said: “If anyone comes to me and does not hate his father and mother, his wife and children, his brothers and sisters—yes, even his own life—he cannot be My disciple.And anyone who does not carry his cross and follow Me cannot be My disciple.
Suppose one of you wants to build a tower. Will he not first sit down and estimate the cost to see if he has enough money to complete it? For if he lays the foundation and is not able to finish it, everyone who sees it will ridicule him,saying, ‘This fellow began to build and was not able to finish.’
“Or suppose a king is about to go to war against another king. Will he not first sit down and consider whether he is able with ten thousand men to oppose the one coming against him with twenty thousand? If he is not able, he will send a delegation while the other is still a long way off and will ask for terms of peace. In the same way, any of you who does not give up everything he has cannot be My disciple.”

There is a cost to being a disciple, and anyone who tells you differently is selling something.

This is not an easy passage to fully grasp, and digging in to examine every detail and getting a full understanding of this passage is not our purpose here. Even without that, there are some clear truths. There is a cost to following Jesus, and that cost could be everything we value.

It’s easy to look at that list and balk. I’ll be honest; I do. We don’t want to give up those things. We wonder how a good God could even ask us to give them up. But I think that may have to do with how little we truly know and understand Christ. As long as we have those, we can keep Him at a “safe” distance. It’s only when we lose them and have nothing to turn to but Him that we understand. Paul did.

“But whatever was to my profit I now consider loss for the sake of Christ. What is more, I consider everything a loss compared to the surpassing greatness of knowing Christ Jesus my Lord, for whose sake I have lost all things. I consider them rubbish, that I may gain Christ and be found in him, not having a righteousness of my own that comes from the law, but that which is through faith in Christ—the righteousness that comes from God and is by faith.”

(By the way, the word “rubbish” is a bit of a euphemism. It’s much stronger than that—closer to “refuse” or “dung”, and…in the vernacular, if you will.) Paul was in a prison cell when he wrote that, with the full knowledge that he was probably going to be executed. He really had lost everything. But losing everything was nothing compared with knowing Jesus Christ. 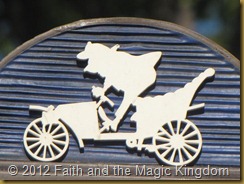 Mr. Toad never counted the cost, and barreled recklessly through life. He had fun (most of the time, prison wasn’t so fun for him), but how much did he miss out on? What did he sacrifice?

When we first become a Christian, we will not know everything. All we know is that we will be called to surrender, and that God is good. We may have no concept of what we may have to give up…but we also have no real grasp of much we will gain…until we gain it!
Question: Have you been called to give up something (physical or otherwise) as you have followed Jesus? Was it worth it? Talk about it in the comments below, or on our Facebook page.