Off-Topic Thursday: An Interview with Noah 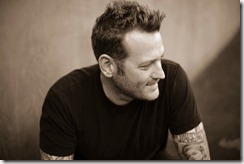 Image provided to Babes in Disneyland, courtesy of Noah. Used by permission.

A few weeks ago, I had the privilege of interviewing the artist Noah (owner of Noah Fine Art). I wrote a 2-part series focusing on his history and his work with Disney for Babes in Disneyland, where I am a regular contributor.

During our conversation, we also had the opportunity to discuss the role his faith plays in what he does…and who he is. The interview was an exclusive to Babes in Disneyland, but relevant portions are being shared here with permission. I strongly urge you to go read the articles I wrote for Babes in Disneyland first, especially if you’re not familiar with Noah and his work, so you have the context for the quotes below.

Rather than try to craft a narrative flow to this, here are the key quotes. Enjoy!

[What it was like when he was first offered this connection to work with Disney.]

Noah: “Well at first it was really surreal, but I was so consumed with the responsibility that came along with that calling or opportunity, it was literally like Walt saying, ‘OK now kid, I’m going to give you a shot, and I want to see what you do with this responsibility.’ Basically that was God saying, ‘Listen man, you keep your head on straight.’…I remember that feeling that I want to do right by the company, I want to represent my Heavenly Father, I want to represent my company and who I am.

[What it is like when people come to a signing or similar event.]

Noah: “When people show up to do a signing…I can’t even tell you what that means, because it’s not about the art. The art is the byproduct of something we’ve shared together. So when I meet a guest or a collector and they get something, I’m like, ’Hey, this is kind of a token of, I know what you love, but at the same time, we both find a lot of joy in this same kind of thing in common. We love Disney, and that’s something that tugs on everybody’s heart strings, and we have that in common. It’s kind of like the byproduct of our time together.’ So that’s what I try to tell people, and some might realize that it’s actually happening.

[Doing a commissioned piece for someone.]

Noah: “…It’s a high calling, because you’re painting something for them that’s so special, and you really hope it goes over well. You’re just on the journey with them, and God does something between them and the painting. You’ll never even know what that is, but it’s really special….

“We as people can be on this earth taking our gift and using it for self-gratification, self-enjoyment, and self-satisfaction, or we can be emptying all of that self-motive and utilize it for others and utilize it for impacting the Kingdom.”

[The true value of an artist’s work.]

Noah: “I got to walk through a parking lot that used to be in front of Disneyland, that is now California Adventure, that is now Buena Vista Street….got to meet the guy that helped do that whole thing….He is now off those projects onto something new. Now we get to actually enjoy a chunk of his life. they spent a chunk of their life doing something, and now we get to enjoy it. So when people come up and buy an original painting, I don’t know if they ever realize it, but you are not only purchasing something that means a lot, I put myself all out there, but you are literally owning hours of my life.”

“Think about it. If you have a guy build you a chair, you sit in it, you enjoy it, and think, ‘I’m so glad so-and-so built this chair for me.’ What you don’t realize is that person put let’s say 40, 50 hours of his life, time away from his kids, late nights, whatever, people just take that for granted. Time is such an important thing. I’m holding and preserving and hanging on my wall hours of your life, that you’ve poured your soul into this piece. I don’t think anybody ever really picks up on that.”

“Think about all the people who built Main Street, the guy that hammered that nail. And he’s sitting there thinking, ‘Will any of this matter to anybody?’…And what he doesn’t realizes is there’s a mom down there holding her baby, watching the fireworks, crying her eyes out….There are those nuggets of those people who come in there and their life is so heavily impacted that their life is changed. I think it’s just astounding that even though Walt’s been gone this long, that his legacy and that amount of intentionality about people is still being carried on that well today!”

[Doing what you love and making a living.]

Noah: “I’ll meet creatives all the time that say, ‘I want to live my dream and do what I really want to do’. I try to give them a little bit of a paradigm shift and say, ‘Listen, you need to start loving your job because it’s financing the fact that you can paint whatever you want, not answer to anybody. If it sells, great, if it doesn’t great. but you can paint just for the sake of doing art. Don’t look at your job as a burden, look at your job as a financier.’

“Let’s say someone has a ministry on the side. Don’t just quit and do your ministry. Your job is financing the ministry….If you really do want to do it, you’ll do whatever it takes to do it if you truly love it. And you know you love it when it is like a drug, where you’ll go through the entire night doing what you love, and then go to work the next morning….You have to tear yourself away. That’s the kind of passion I’m talking about.

Noah: “I tell people, ‘10 minutes. 5 minutes today.’ ‘But I don’t know what to draw.’ ‘Who cares? Draw. No risk. Nobody looking over your shoulder. Nobody telling you what to do.’ I had to spend the majority of my career doing what I had to do. My craft became my job. But then it shifted and collectors started paying for what I wanted to paint. I went through 2 or 3 seasons.”

Noah: “I’m just along for the ride. I have no idea where He’s going to put things next or move the goal posts. I am just so grateful that I get the chance to do this. There isn’t a day that goes by that I’m not like, “’Really? I get to do what again this week?…There’s a lot of hurting people out there, beyond belief. If I could say anything, it’s that I hope that this art gives them hope and helps them feel happy, even if it’s for 8 minutes, and that they matter and that Disney’s stories really can make them feel good and illuminate the child within them….I just want people to know they’re not alone.

“I’m hoping that the art resonates with people in that way. That they understand that I get you. I’m not just making merchandise. I’m going to put myself out there, what I feel called to do, and if it resonates with you, great. If it resonates with your kids, great. If it doesn’t, that’s fine, too….For me, the takeaways are the talks. The art just gets the conversation going. So if they want to take it home as a memento of the time we shared together, it can be a postcard, I don’t care. I just think it’s really special to hear people’s stories and talk with these folks.”

[The role his faith plays.]

Noah: “It’s not what we do, it’s how we do it….More can come, but the Lord could make this really quiet really quick if He wants to. But today He’s allowed me another opportunity. My prayer and gratitude is that He’s allowed me another day to take another breath. To try to be first and foremost the best husband I can be, and the best father I can be. That is first and foremost, above anything. I would not be doing what I’m doing if it wasn’t for my wife, without question….It is God, and then physically, on this earth, my wife, that I give the credit to. She’s the love of my life, and God’s way of showing me that He truly cares for me has been her.

“To my faith in the marketplace, my faith in what I do, and the art, again, it’s just the vehicle. I’ll be the first to tell the people I come in contact with, it’s just the way I’m wired. Asking me not to talk about my relationship with the Lord is like trying to take away my air.”

Question: Which of the things Noah said resonated with you the most? Talk about it in the comments below, or on our Facebook page.