The Partners Statue: An Extravagant Gift 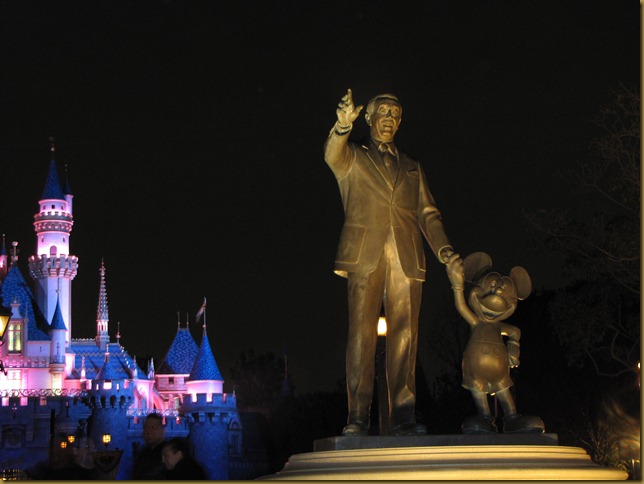 As we walk down Main Street U.S.A., two sights greet us at the end of the street. One is Sleeping Beauty Castle, the icon, the symbol of Walt Disney’s Magic Kingdom. But standing in front of it, in the center of the Central Hub, from which extend the paths that will take you to the lands of adventure, fantasy, frontiers, the future, and more, stands a bronze statue known as the “Partners” statue.

We will revisit this statue in later posts, but for now, I want to draw your attention to the plaque at its base.

“I think most of all what I want Disneyland to be is a happy place…where parents and children can have fun, together.” – Walt Disney

Disneyland was created with that primary purpose in mind. Walt Disney World, Disneyland Paris, Hong Kong Disneyland, and all the other Disney parks owe their existence to this one reality: A father wanted to give a gift to his family, and to other families.

Walt was a man who loved spending time with his family. It was during one of his traditional Saturday outings with his daughters, in fact, that he first got the idea for Disneyland. He explained it this way:


“Well, it came about when my daughters were very young and Saturday was always Daddy’s day with the two daughters. So we’d start out and try to go someplace, you know, different things, and I’d take them to the merry-go-round and I took them different places and I’d sit on the bench while they rode the merry-go-round and did all these things. Sit on a bench, you know, eating peanuts—I felt that there should be something built, some kind of an amusement enterprise, where the parents and the children could have fun together. So that’s how Disneyland started.” 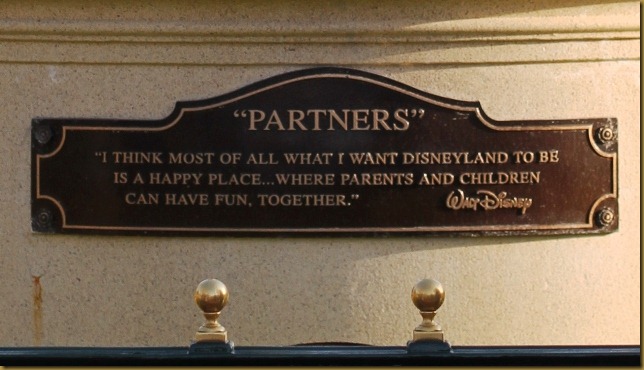 It took a lot of time and a lot of different ideas. By the time Disneyland was completed, Walt’s two daughters had grown up. The day Disneyland opened, Sharon was 19 and Diane was 21. Nevertheless, it was on those “daddy-and-daughter” outings that the idea for Disneyland was born, and it came out of a desire for parents and children to have fun together. It started as a desire for his own family, a gift to his family, for them to have a place to have fun as a family, and then that dream, that gift, expanded to not only his daughters, and their families, but also “to all who come to this happy place.” “Uncle Walt” died 44 years ago last week (December 15), and his dream, his legacy, his gift, lives on today.

Sure, the parks all cost money to get into, but their existence is a gift because of the magic, the wonder, the dreams they foster whether one has set foot in a Disney park or not. And for those who have dreamed of going, and who choose to allow themselves to set aside their cynicism and become absorbed by the magic, just setting foot inside a Magic Kingdom for the first time (as I had the privilege to do in October in Florida) realizes all those dreams and begins to create memories that are worth far more than the price of an admission ticket.

For to us a child is born,

to us a son is given,

and the government will be on his shoulders.

And he will be called
Wonderful Counselor,Mighty God,

Next time you see the Partners statue, take a moment to stop and read the plaque. Remember why Walt Disney wanted to build Disneyland, and what an extravagant gift and expression of love that was. And then remember what how much more extravagant was the gift that God gave to you, planned from the foundations of the world, delivered on Christmas Day, and fully opened on a Friday, Saturday, and (ultimately) Sunday morning some 33 years later, when this little baby, the Son of God, willingly gave Himself in our place, so that we could have “the gift of God [which] is eternal life in Christ Jesus our Lord.”

Thanks be to God for His indescribable gift!