Pirates of the Caribbean: Dead Men (Used to) Tell Tales 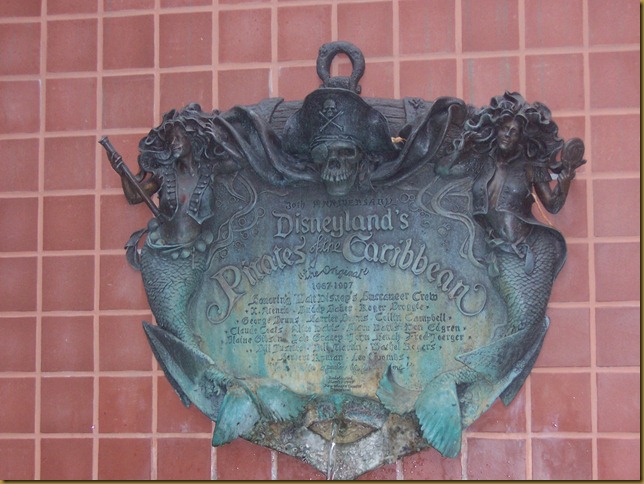 On July 24, 1966, New Orleans Square became the fist new “land” added to Disneyland since park opening, though Imagineers had been working on concepts for it since 1957. The first attraction to open in the new land was Pirates of the Caribbean.

Pirates of the Caribbean opened on March 18, 1967 and was the most advanced, elaborately-themed attraction that had ever been built. Over 60 Audio Animatronic human characters, around 50 Audio Animatronic animals, and rich detail made this 16-minute attraction an instant and perennial favorite.

It’s also the last attraction that Walt Disney personally supervised and oversaw. New Orleans Square opened about 5 months before he died, and Pirates opened about 3 months after. Major work was complete by the time he passed away on December 15, 1966, 10 days after his 65th birthday. 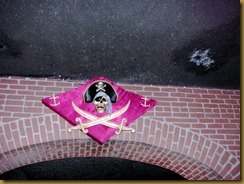 Pirates of the Caribbean has seen two major changes over the years. In 1997, the ride was closed for about 2 months for an update that included modifying a scene where pirates were chasing women so that they would be chasing food instead. The dialogue of the only pirate that speaks in this scene (sometimes unofficially known as the “Pooped Pirate”) was also changed to conform to the new scene. This update led to what showwriter Francis Xavier “X” Atencio referred to as “Boy Scouts of the Caribbean”.

In 2006, Captain Jack Sparrow and others from the Pirates of the Caribbean films (which were inspired by the attraction) were added. The storyline was also changed significantly at that time, but it seems few are aware of the magnitude of the change. Originally the story surrounded random pirates looting and pillaging a town, but now the pirates were searching for Jack Sparrow. Most importantly (to me, anyway) the last scene was completely overhauled.

Let me back up for a moment.

As the ride begins, we are warned that “dead men tell no tales”, and then we plunge down two waterfalls into a grotto that shows the skeletons of pirates, some mid-battle, one piloting a shipwreck, and a couple having a drink (or trying to—it’s tough with no insides). We float through the Captain’s Quarters, where we see the captain—as a skeleton—admiring the treasure piled up around him. We again hear a disembodied warning that “These be the last friendly words you’ll hear. You may not survive to pass this way again”.” And with that, we pass through fog and into a battle between the pirates and a fort. Suddenly everyone is alive and shooting, or drinking, or chasing, or burning, or whatever. After passing through all of the town scenes and a final shootout, we arrive at the hill that takes us back to the dock, and it is here that the most significant story change has occurred.

Originally, and up until the addition of the movie characters, the final scenes consisted of two pirates trying to drag a huge haul of treasure up the hill, escaping from the city with their riches. A short distance farther up the hill we see the pirates, now as skeletons and with one attacking the other, but still clutching the treasure chest as the ghostly voice again echoes, “Dead men tell no tales.” Now, in that same space Jack Sparrow lounges in a room full of treasure and gloats about his success. 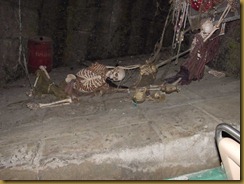 Think about what the story was, because it is there that we have our lesson. We began at the end of the story, with pirates as skeletons, having not learned the dangers of their ways—that their path would end in death. This lasts all the way up to the dark grotto after the Captain’s Quarters, but when we pass through the fog we, in effect, step back in time to see the pirates as they were. We travel through and see them doing what they do, and it kind of looks like fun. They sure seem to be having a good time, anyway. But as we begin to climb the hill, we are both literally and figuratively back where we started, and we are reminded of the perils of being “rascals, scoundrels, and ne’er do well cads”.

Dead men have, indeed, told tales, and we are reminded of what Paul said in Romans 6:23: “For the wages of sin is death, but the gift of God is eternal life in Christ Jesus our Lord.” The wages of sin here were, indeed, death. We may think it’s different for us, but while it may not be as obvious for us, the end result is still the same.

Do you see how dramatically the storyline has changed?

The lesson in the attraction has spelled itself out for us (though subtly enough that most people ride and completely miss it). But did you know it goes even farther than that? You may have heard of the “7 Deadly Sins”. It is not a biblical concept, really, but it does have its roots as far back as the mid 4th Century. All seven of these “Deadly Sins” are illustrated in the Pirates of the Caribbean attraction. Take a look:

You may have thought of other examples. With the addition of characters from the movies, some of these aren’t there any more, but without much trouble you can probably find new examples to replace the ones that have been removed. 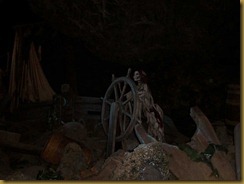 While it may be more of a movie tie-in now, Pirates of the Caribbean used to have its own story. Several remnants of that story can still be seen today. It’s a fun ride, but it’s also a reminder. Our actions have consequences, and whether we want to admit it or not, sin does lead to death (no matter how much fun it may seem like it is at the time).

Question: What “seemed like fun at the time” to you, but you’ve since realized was destructive in your life?