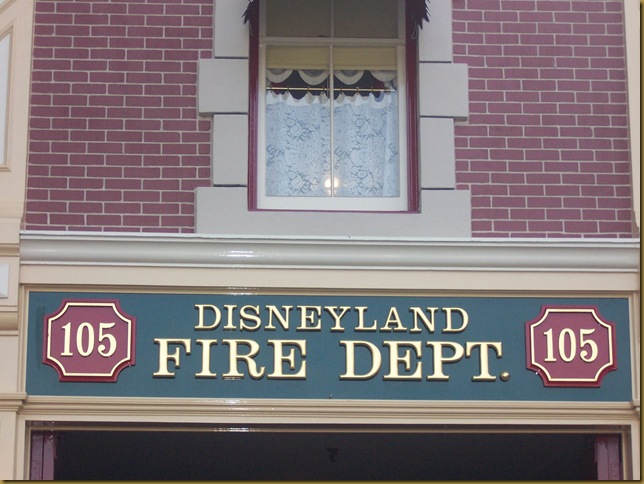 Today we’re going to press pause on looking at specific examples, and look at why we’re doing this at all. What value does this have?

I just heard this past Sunday in church that “God is a God of visual aids.” When Jesus told people what God is like, or what Heaven is like, He said things like, “Look at the birds…. Look at the flowers…. Let me tell you a story.” Jesus spoke in parables, tying in what His audience saw and heard every day with spiritual truth that may be difficult for them to grasp.

Disneyland is all about story. Every land tells a story. Every attraction tells a story. Some of stories are obvious. Some are hidden, but still there. The areas open to guests is called “on stage”, while the areas only for Cast Members is called “back stage”. One thing Walt Disney was among the best at doing was making movies, and Disneyland is the ultimate, immersive, interactive “movie.” It is, as we saw in a previous post, Immersion Towards Interesting Illusion. It is one huge narrative, and like all narratives, it contains lessons, examples, reminders, and warnings.

God is a God of story, and using those stories to teach, encourage, and even rebuke.

“Now these things occurred as examplesto keep us from setting our hearts on evil things as they did. … These things happened to them as examples and were written down as warnings for us, on whom the fulfillment of the ages has come.” (I Corinthians 10:6-11)

“Jesus spoke all these things to the crowd in parables; he did not say anything to them without using a parable. So was fulfilled what was spoken through the prophet:    ‘I will open my mouth in parables, I will utter things hidden since the creation of the world.’” (Matthew 13:34-35)

“With many similar parables Jesus spoke the word to them, as much as they could understand.” (Mark 4:33)

As we’ve seen—and will continue to see—we can use Disneyland as an allegory for aspects of the Christian life. Tens (if not hundreds) of millions of people are familiar with Disneyland to one degree or another. Childhood memories, special events, memories as parents, and more are all closely tied to Disneyland. That familiarity will provide a hook for you to hang the other ideas on, so that they connect to you better. 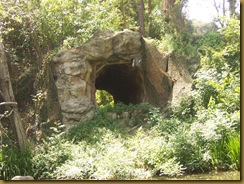 Second, this is to serve as a reminder that the Christian faith isn’t something we compartmentalize. It’s not just a Sunday morning thing, or even a Sunday morning and Wednesday night thing. It’s all day, every day. Everywhere we go. Everything we do. If it can relate to Disneyland, it can relate anywhere, right?

Third, I know several of my readers work at Disneyland, have worked there, or will work there someday. I pray that this will help you feel as you work each day that you are working for the Lord. That as you go to work, you’ll be able to look around you and remember that God is with you there, and that your work there truly does honor Him.

Finally, I hope this will be able to serve as a springboard for conversations with your friends and family. The next time you go to Disneyland, or just drive by, or even see something about it, that it might trigger a reminder of what you’ve read here. And that reminder can maybe be used to start a non-threatening conversation with an unsaved friend, or as a word of encouragement or challenge to a Christian friend. This is a way to make some of the truths of Scripture accessible, and maybe more understandable. Think of it, if you will, as one big parable.

As always, an illustration breaks down if you push it too far. So, we’re be doing our best to not do that. If we venture off the “official” storyline, it’s OK. The illustration is in service to the Word of God and His desires, not the other way around. 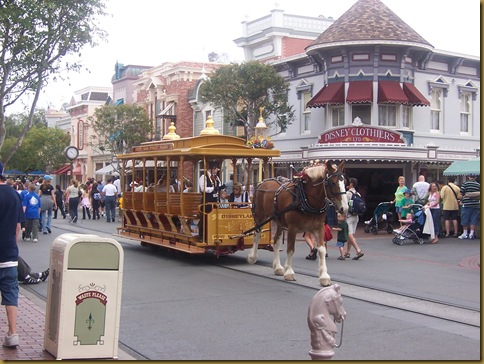 Now, I’m not saying that Walt Disney or the company intended to put these messages and lessons in Disneyland. In fact, I know that promoting a Christian, or even explicitly religious message, was not Walt’s intention at all. His daughter, Diane Disney Miller, told one minister that there are no churches on Main Street at Disneyland because her father didn’t want to favor any particular denomination. On the other hand, he was a strongly religious man who truly believed that good would triumph over evil and that it was important to accept and help everyone even if they were very different from yourself.

Also, I’m not saying they’re not out to make money, and that most of what they do is for the purpose. After all, why do you think most of the locations on Main Street are shops, and that the largest one is on the right as you’re leaving? Why else would so many rides exit to merchandise locations?

Most movies, books, or even everyday life events don’t intend to have the messages we sometimes draw from them for illustrations, and every for-profit corporation wants (and needs) to make money. But that doesn’t mean that we can’t draw lessons and parallels from them, and use them as illustrations and metaphors, anyway.

That’s exactly what we’ve been doing here on Faith and the Magic Kingdom since July 2010, and what we will continue to do.

Question: Has Faith and the Magic Kingdom helped you recognize a truth, share a story, or have a conversation? Please tell me about it in the comments below, or on our Facebook page.