Space Mountain: Trust for the Journey 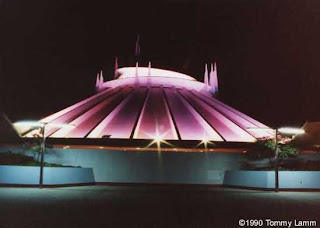 Space Mountain: An imagined journey though outer space. After the second lift you’re in almost complete darkness for the rest of the ride, until coming back into the station. Especially for those who don’t ride often, this is an almost completely unpredictable ride.

As Christians—even just as humans—we can’t always see where the future will take us. In fact, it’s usually at the most significant times where we can least see what is coming next and how it will affect us. But as Christians we have an advantage. We know the One who designed the journey.

David says in Psalm 139:16 (MSG), “Like an open book, you watched me grow from conception to birth; all the stages of my life were spread out before you. The days of my life all prepared before I’d even lived one day.”

As Max Lucado says, when we look to the future, and look at where our lives are now, we can say to God,  “I don’t know where I am. I don’t know how I’ll get home. But you do and that’s enough.” That’s not to say that we don’t have free will, or that God has mapped out every little decision, but time is meaningless to Him. He exists outside of time, and so He already knows what we think of as “the future.” Because of that, He’s prepared the journey (though it’s up to us to choose to take it), and it’s often one we couldn’t have predicted or designed for ourselves. But it’s amazing.

Once you’re on Space Mountain, you’re in the hands of the Imagineers who designed the ride to take you on a journey you couldn’t do on your own. Sometimes that’s not easy to do. I used to be pretty afraid of roller coaters. I’m still not a big fan of the steel behemoths that stand 200 feet tall, suspend you from the track, and have 6 loops, a flat spin, and an inline roll over. But I can at least ride California Screamin’. It’s only 120 feet tall, you sit in a seat, and it has only one loop. And the launch is fun!

But it wasn’t all that long ago that I wouldn’t have gone anywhere near it, or even Space Mountain itself.

Back in the mid-1990’s, my best friend, Andy, and I would go to Disneyland together all the time. At that time, the most I could handle was Thunder Mountain. And I even got nervous standing in line waiting for that one!

Apparently, we opted for exposure therapy, because he and I rode Thunder Mountain almost every time we went to the Park. Over time—about a year, actually—I was willing to try the Matterhorn. It took getting in line and chickening out two or three times before I finally rode that one the first time, but eventually I did. And it took another year or so before I was finally willing to try Space Mountain. Now, I love them all, and—like I said—even California Screamin’ (though I have to admit, I still get a bit nervous in line for that one).

I was able to get over my fear and enjoy the rides because I knew Andy wouldn’t take me on something that was going to hurt me. And I knew the Imagineers that had designed all these rides were experts who knew exactly what they were doing. They wouldn’t build a ride that they knew would endanger riders. 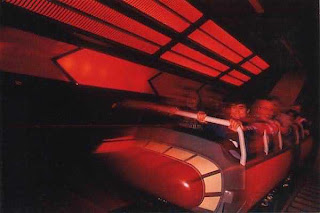 Sometimes the ride is scary. Sometimes it’s exciting. But we put ourselves into the hands of people who know exactly what they’re doing. Of course, there’s more than one “track” to the roller coaster of our lives, but God knows exactly what He’s doing, He’s seen the whole journey, and He’s working all things together for the good of those who love Him.

And so we can trust God, and enjoy the ride.