Stories of the Magic: Connecting Disney and Faith through Podcasts

Today I’d like to “introduce” you to something different. Of course I’ve got this website and the books I’ve written, but you may not know that I also host a podcast, especially if you’re new to this site. I haven’t usually mentioned it on this site, but I’ve had a couple of recent interviews (and one not so recent) that I think you’d be interested in.

Jennifer McGill has been a guest on the podcast a couple of times, and along with being a former member of the New Mickey Mouse Club, she is a worship leader at her church and a gospel singer. Jim Korkis is a Disney historian, and in the interview we recently did, we talked a lot about Walt Disney and his faith.

I strongly encourage you to check out these episodes. There’s much more there than I could possibly write here, and I think you’ll find them interesting, encouraging, and inspirational. Yet another way of connecting Disney and your faith.

(For all of these, there is a player on the page, so if you can’t listen to podcasts through a podcasting app, you can play them right there on the site.) This is part 2 of our interview. In it, Jennifer talks about working at the Holy Land Experience, and being the praise and worship coordinator at her church in the Nashville, TN area. She also shares some details about the album she was working on at the time.

As we concluded our interview, Jennifer told me about what inspires her and her advice to listeners for following their dreams. Not surprisingly, both of these heavily drew from her experience with working for Disney, and from her faith. 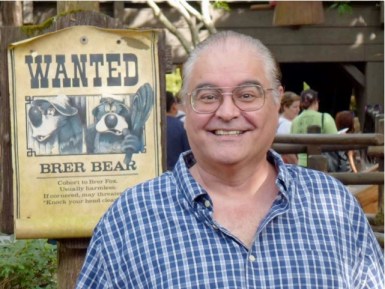 Again, starting with part 2 of an interview (though with all of them I think you’ll want to go back and listen to part 1 as well). Towards the end of this one, Jim answered the question of whether Walt Disney was anti-Semitic, or anti-Catholic, and how we know. He also talked about Walt’s early experience with church and religion, and how that affected him later on, including why he didn’t go to church after he grew up and his belief about how you should show your belief in God.

This one is pretty much all Walt Disney, Disneyland, and faith. We covered, among other things, these topics:

If you’ve ever wanted to know about Walt Disney, Disneyland, his faith in God and how he expressed it, or almost anything else along those lines, you need to listen to this one! She’s back! Jennifer has released her EP, so she came back on the show to talk about. Along with more stories from her MMC days, we talked about struggling with the “fame issue” and how she’s overcome it, her self-titled EP (all “Christian music”), one of the tracks—What I Know—and why it’s so important to her, and what is most meaningful to her to hear from fans. I also play a clip from What I Know at the end of the interview, and it’s powerful!

I hope you enjoy and are blessed by these episodes.

Question: What episode are you most looking forward to listening to, or if you’ve already listened to them, what was most interesting or inspirational to you?