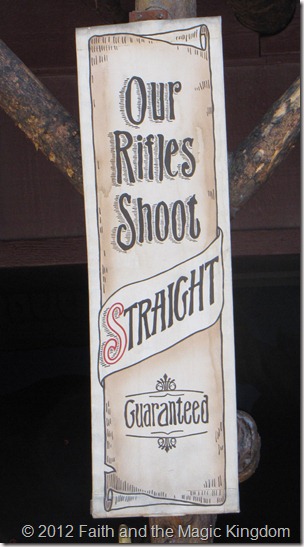 Everything has certain characteristics that are critical to that thing being a good version of it. For example, a rifle must be able to be loaded efficiently, aim accurately, fire reliably, and shoot straight. If any of these are not  true of a certain rifle, it’s not a very good one.

In the “Old West” era that Frontierland represents, most rifles were pretty questionable at best. Rifles were often difficult to load, and the quality of the aim varied between reasonably good and random guess (depending on the skill of the marksman). A shooter could expect their gun to fire, but there was a pretty good chance it would jam or misfire, too.

Arguably, the most important characteristic, though, was shooting straight. A gun did its rifleman no good—no matter how easily it loaded, accurately it could be aimed, or reliably it fired—if the actual bullet went somewhere other than it was aimed. The others could be corrected for, either through making adjustments or cleaning the gun well, but a rifle that didn’t shoot straight had to be completely overhauled…or destroyed. Without that one key trait, it couldn’t be counted on.

The sign Disneyland has in front of the Frontierland Shooting Gallery advertises this most important quality, as any shooting gallery might. After all, if the rifles may be suspected of not shooting straight, no one would play the game. If I don’t know my shot is going to go where I pointed it, why bother? Trusting a rifle that you don’t know will shoot straight is for suckers. Not to worry, though. Disneyland’s rifles are guaranteed to be straight shooters.

A rifle makes an implied claim that it will send a bullet in the direction you aim it. A rifle that shoots straight fulfills that promise. This is so important that the phrase “straight shooter” entered the English language in the late 1920’s, meaning one who is honest, forthright, and upstanding in their behavior. They can be trusted. Honesty is that important to people.

Honesty is that important to God, too.

“Honest scales and balances are from the Lord;
all the weights in the bag are of His making.” (Proverbs 16:11)

“Kings take pleasure in honest lips;
they value a man who speaks the truth.” (Proverbs 16:13)

“‘Go up and downthe streets of Jerusalem,
look around and consider,
search through her squares.
If you can find but one person
who deals honestly and seeks the truth,
I will forgive this city.
Although they say, “As surely as the Lord lives,”
still they are swearing falsely.’

“O Lord, do not Your eyes look for truth?
You struck them, but they felt no pain;
You crushed them, but they refused correction.
They made their faces harder than stone
and refused to repent.”

Honesty matters. Of course, it doesn’t function in isolation. Left to itself, it is possible to for honesty to be as much of a weapon as a rifle. Honesty must be matched with grace and love.

“The Word became fleshand made His dwelling among us. We have seen His glory,the glory of the One and Only,who came from the Father, full of grace and truth.” (John 1:14)

“For the law was given through Moses;grace and truth came through Jesus Christ.” (John 1:17)

“Instead, speaking the truth in love, we will in all things grow up into him who is the Head, that is, Christ.” (Ephesians 4:15) 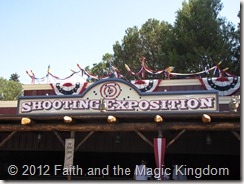 Honesty is one of the most crucial characteristics of the Christian. If people can’t trust our word about mundane matters, how can they trust us when we talk about Jesus? If we aren’t honest with people in our conversations, what does that say to them about our God?

Of course, that doesn’t mean saying exactly what’s on our mind all the time. A filter is wise and healthy. Words can hurt. They can be destructive. If you’re about to say something that’s true, ask yourself if it’s beneficial, helpful, and loving first. If not, don’t say it. That’s grace and love. At the same time, grace and love without truth are hollow and meaningless. As with most aspects of the Christian life, this is all about balance.

It’s easy to fudge, fib, tell a little white lie, skirt the truth, or whatever pretty face we may want to put on an ugly reality. Don’t let that be you. Be known as a straight-shooter.

Question: How do you feel when someone isn’t honest with you? What does that say to you about their character and what’s important to them? Talk about it in the comments below, or on our Facebook page.