Meeting Mickey Mouse: The Parable of the Wedding Banquet 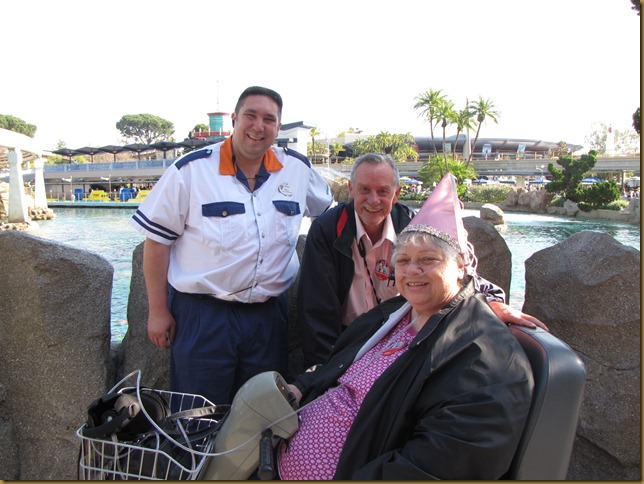 When my wife and I took my parents to Disneyland for their 40th anniversary, we had the pleasure of getting a series of Magical Moments, including riding in the front cab of the Monorail, a private ride in the Lilly Belle, and a private ride (including being taken to the front of the line) on Storybook Land Canal Boats. Of course, no Disneyland Magical Moment is complete without meeting “The Big Cheese” himself, Mickey Mouse.

Being taken to meet Mickey was a very interesting experience. We had been in Tomorrowland with Neil, the Cast Member in charge of taking care of us. But when we were to go meet Mickey, he called Mike to come take over and take care of the rest of the time for us that day. His reasoning? I’m not dressed properly to meet the Boss. Neil was wearing a costume from Tomorrowland, and Mickey is back in Toontown. We needed someone in a Fantasyland costume, which was acceptable attire for going in to meet Mickey Mouse. 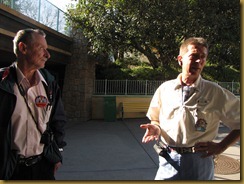 Even at that moment the importance of this struck me. Would we have thought anything about it if Neil stayed with us and took us to Mickey’s house? No. But Neil knew better. There is proper attire required. Of course, that’s not true for guests—who are told to come as they are—but for those who are part of the Magic Kingdom, proper dress is necessary. Of course, they are not expected to provide this outfit on their own; that is what Costuming is for. It is given to them to wear.

1 Jesus spoke to them again in parables, saying: 2 “The kingdom of heaven is like a king who prepared a wedding banquet for his son. 3 He sent his servants to those who had been invited to the banquet to tell them to come, but they refused to come.
4 “Then he sent some more servants and said, ‘Tell those who have been invited that I have prepared my dinner: My oxen and fattened cattle have been butchered, and everything is ready. Come to the wedding banquet.’
5 “But they paid no attention and went off—one to his field, another to his business. 6 The rest seized his servants, mistreated them and killed them. 7 The king was enraged. He sent his army and destroyed those murderers and burned their city.
8 “Then he said to his servants, ‘The wedding banquet is ready, but those I invited did not deserve to come. 9 Go to the street corners and invite to the banquet anyone you find.’ 10 So the servants went out into the streets and gathered all the people they could find, both good and bad, and the wedding hall was filled with guests.
11 “But when the king came in to see the guests, he noticed a man there who was not wearing wedding clothes.12 ‘Friend,’ he asked, ‘how did you get in here without wedding clothes?’ The man was speechless.
13 “Then the king told the attendants, ‘Tie him hand and foot, and throw him outside, into the darkness, where there will be weeping and gnashing of teeth.’
14 “For many are invited, but few are chosen.”

First century Jewish wedding customs held that the father of the groom was in charge of the event and bore all the expense associated with the wedding and reception. In case of royalty or the very wealthy this often included providing a specially made garment to be worn over a guest’s regular clothing. This wedding garment was presented to the guest upon arrival and donned immediately. Wearing it wasn’t mandatory, but was considered a great insult to the father of the groom if refused and could get a guest ejected from the festivities. In case of large gatherings it also served as identification to discourage uninvited guests from crashing the party. (see GraceThruFaith.com and other sources)

Even without that context we can reasonably assume that—considering the fact that no one invited from the street corners would have been expected to have had a wedding garment with them—the king himself provided the garments for the guests.

There was a “dress code” for the wedding banquet, just as there was proper attire to be the escort to meet Mickey. And in both cases, the proper outfit was provided by the Host. Just as Jesus was illustrating in that parable, we have “proper attire” expected of us as part of God’s Kingdom, and it is not something we need to provide ourselves—it’s given to us. 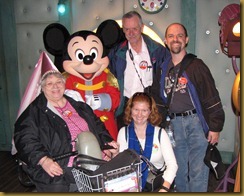 Isaiah 61:10 says, “I delight greatly in the LORD; my soul rejoices in my God. For he has clothed me with garments of salvation and arrayed me in a robe of righteousness, as a bridegroom adorns his head like a priest, and as a bride adorns herself with her jewels.” 2 Corinthians 5:21 says, “God made Him who had no sin to be sin for us, so that in Him we might become the righteousness of God.”

It’s not up to us, but we do have to accept the gift, we do have to accept the offer. And when we do, it will be apparent in our lives. Revelation 19:7-8 says, “Let us rejoice and be glad and give him glory! For the wedding of the Lamb has come, and his bride has made herself ready. Fine linen, bright and clean, was given her to wear. (Fine linen stands for the righteous acts of the saints.)”

Our righteousness—which is a gift from God—expresses itself in action, in our words, in who we are. If it doesn’t, it’s worthless. “In the same way, faith by itself, if it is not accompanied by action, is dead.” (James 2:17)

Think about this the next time you’re at Disneyland and you see the Cast Members costumes. They are wearing what they were given as part of the Magic Kingdom. Are you? Am I?