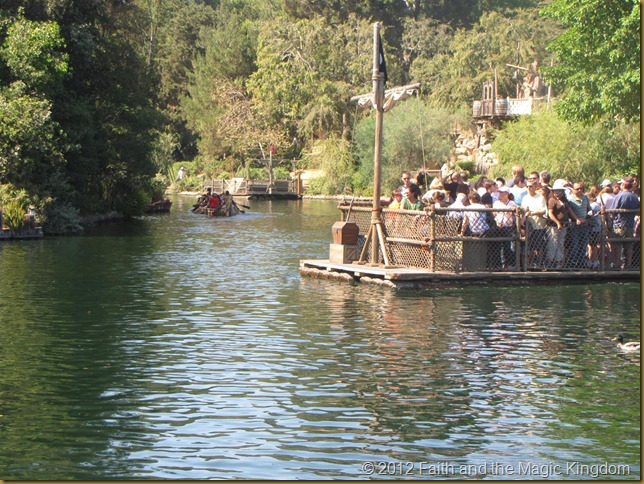 Tom Sawyer Island (now called “Pirates Lair on Tom Sawyer Island”) opened 11 months after Disneyland itself, on June 16, 1956. Oh, there was an island there at park opening, but it was inaccessible. Once Disneyland was up and running fairly well, Walt Disney turned his attention to this unique piece of real estate.

Many ideas were batted around, including Mickey Mouse Island and Treasure Island (based on the book and the Disney live-action film of the same name). Eventually they arrived at “Tom Sawyer Island”, and Walt did what he often did at this stage of an attraction’s development: her turned it over to an Imagineer to create the actual attraction based on Disney’s concept and suggestions.
This time was different, though. Marvin Davis was given the task of developing the island, but what he came up with wasn’t what Walt had wanted. According to Walt Disney: An American Original, Walt told David, “Give me that thing”, and took Davis’ drawings. That night, Walt worked “for hours in his red-barn workshop. The next morning, he laid tracing paper on Davis’ desk and said, ‘”Now that’s the way it should be.’ The island was built according to his design.” That makes Tom Sawyer Island the only early Disneyland attraction personally designed by Walt Disney himself.

When you put the island (in its original or its present form) up against the rest of Disneyland’s attractions, there are some significant differences, but they can all be summed up in one word: freedom.
The rest of the park’s attractions (with the possible exception of Tarzan’s Treehouse) are very structured. Guests walk through a specific queue and then sit in either a theater seat or a ride vehicle. You go where the Imagineers want you to go, when they want you to go there, and see & hear exactly what they want you to see & here.
But Tom Sawyer Island is different. It has trails, caves, multiple paths, bridges, shortcuts (or scenic routes) a tree house, a fort (now a thing of the past) and more. There are places to sit and relax, or to watch and observe. There are no shops or restaurants to distract. It’s not a pre-programed 5-minute—or even 15-minute—experience. Guests can come and go as they please (allowing, of course, for the wait for the rafts—the only way on or off the island), and can stay as long they like—up to dusk, anyway.

Within this grand land of adventure, frontier, and wilderness, there is freedom. Freedom to play. Freedom to imagine, with props and setting to suggest, but nothing to require a specific outcome. Freedom to discover. Are there limitations to the freedom? Of course, just look at the water surrounding this place. But does that matter when you’re caught up in the experience? Not at all.

Bob Goff recently wrote a guest post on Don Miller’s blog. In it, he says of Tom Sawyer Island,

There are no admission requirements at Tom Sawyer Island. It doesn’t matter how tall or short you are, old or young, religious or not. There are no lines on Tom Sawyer Island; it can be whatever you want it to be. You can do countless things there. Most of them involve running and jumping and using your creativity and imagination. It’s a place where you can just go and do stuff. In that way, it’s a place that mirrors life well-at least the opportunity to do much more with our lives.

I like this place because a guy named Disney had a hair-brained scheme to make a magical world where people could go and feel free. And it worked.…

(Speaking of Bob Goff and writing, he has a new book out called Love Does. I highly recommend that you get it, read it, and let it seep into your soul—and “do”.)

Somehow we’ve missed that this is what life in Christ can be—and most often should be. We get caught up in the do’s and don’ts. We rail against what we oppose, but forget to extravagantly embrace what we love. We live either afraid that God will get mad at us, afraid that He already is, or unconcerned whether or not He cares at all.

Even when we claim to be Christians we prefer to live by rules and “how to” than by freedom, grace, and love. We want Him to tell us exactly where to go, where to sit, what to see, what to experience, and when to move onto the next “thing.” 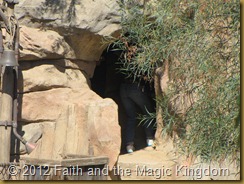 St Augustine said, “Love God and do whatever you please: for the soul trained in love to God will do nothing to offend the One who is Beloved.” But that’s too messy. It’s unsafe. What if I make a mistake? What if in trying to do the right thing, I sin? What if someone doesn’t like the way I’m living, doesn’t think it’s “Christian enough”. Join the club.

“For he who was a slave when he was called by the Lord is the Lord’s freedman; similarly, he who was a free man when he was called is Christ’s slave. You were bought at a price; do not become slaves of men.”  (1 Corinthians 7:22-23) The people in Jesus’ day who thought they were the most “religious” were the rule-followers—the Pharisees. But Jesus chastised them for enslaving people with rules. Especially when those rules gave them an appearance of “spirituality” and piety, but inside they rotted away because the rules kept them from the One who made the Law to show them their need for Him.

It is for freedom that Christ has set us free. Stand firm, then, and do not let yourselves be burdened again by a yoke of slavery. … You who are trying to be justified by law have been alienated from Christ; you have fallen away from grace. … The only thing that counts is faith expressing itself through love. You were running a good race. Who cut in on you and kept you from obeying the truth? That kind of persuasion does not come from the one who calls you…. You, my brothers, were called to be free. But do not use your freedom to indulge the sinful nature; rather, serve one another in love. The entire law is summed up in a single command: “Love your neighbor as yourself.”If you keep on biting and devouring each other, watch out or you will be destroyed by each other. (Galatians 5:1-15, see also Colossians 2)

What if you spent time with God every day—in whatever way works best for you and Him—getting to know Him better and opening yourself up to Him more, and then in every situation you found yourself, you asked yourself these questions:

…and then you did it? Try it. Take the risk, even if only for one day. You may fail for most of the day. But that’s OK. What if you were to succeed just once or twice? What if in those moments you truly loved as a disciple, following Jesus and letting His love flow through you to a lost, hurting, and dying world? How would your life be different?

Christ has set you free to love and live for Him. Following Jesus means to live in that freedom. Not according to a long list of rules and regulations. Not according to fear. But through, in, and by His love. And (to quote Bob Goff again), “love does.”

Challenge: Spend time with God today (or tomorrow, depending on how late you’re reading this), and ask Him to help you live a life of love in His freedom. Then ask and answer the questions as often as they come to mind throughout the day. Come back here and tell us about your experience that day. Talk about it in the comments below, or on our Facebook page.